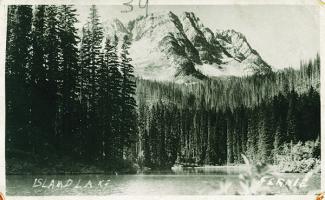 1874 – Prospector and trapper Michael Phillips was the first European to explore Island Lake and the Cedar Valley. He named Lizard Creek for the “little green lizards” he found at the headwaters. They were actually Long Toed Salamanders and the mountain range was later named the same. He is also said to be the first European to traverse Crowsnest Pass and the Elk River Valley.

Read a fascinating interview with him by The Fernie Free Press from 1905:  1905-06 Michael Phillips Interview